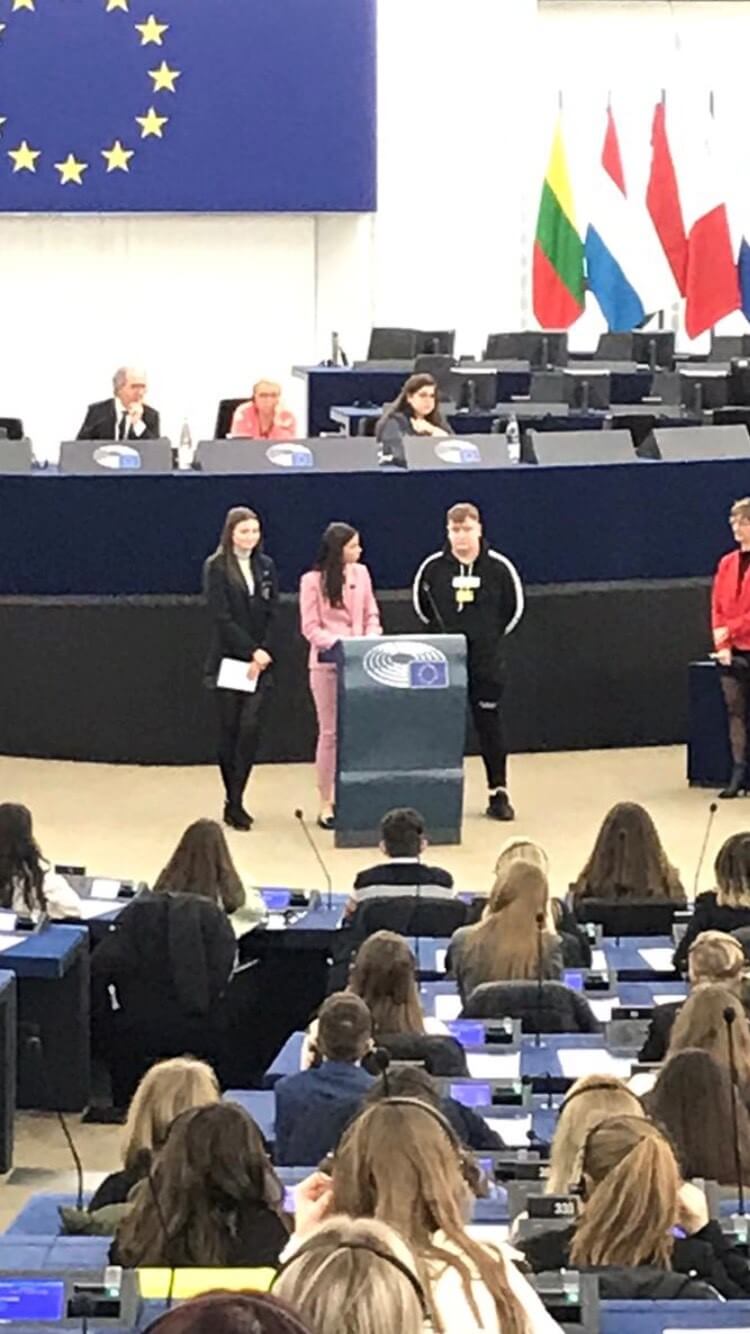 Joshua Morrissey and Lisa Maria Corcoran, two Subla Youthreach learners were nominated by the Sweetman Trust to represent Ireland along with another 19 fellow learners from around the country. Joshua did his contemporary issues task on mental health and Lisa Marie did her task on the travelling community.

On Monday the 24th of February, 2020 all the winners of the Michael Sweetman competition gathered at the Clayton airport hotel in Dublin to travel to the European parliament in Strasbourg.

Once group arrived in Strasbourg, the learners took part in some ice breakers, they were given an induction and they also looked at what topics would be discussed in the European parliament over the coming days. The topics that would be researched over the two days in Ireland would be youth employment in the European union, sustainable energy, migration, globalisation, etc.

On Wednesday the 26th of February the group flew to Frankfurt in Germany and then travelled by bus to Kehl which is a town on the German side of the German, French border. The group would stay in a hotel there for the duration of their trip. On the way to Kehl they visited the picturesque and historical palace in Heidelberg. Learners throughout the day and during the tour also got to try out the local cuisine of schnitzel and other delicacies of the Alsace region.

Thursday the 27th of February was the excursion day to the European parliament. All arrived early and went through security. The building was very impressive. The learners were broken up into groups where they got to meet and talk and share ideas with other learners from around Europe. The learners then got the chance to introduce their group and country on the podium in front of 600 learners and educators in the main parliament area. Joshua Morrissey from Subla Youthreach was part of a 3-person team to introduce Ireland. They did what no other country did and that was to introduce themselves using 5 languages. They used Irish, English, French, Spanish and Portuguese.

Throughout the day the learners from all over Europe put forward their cases to solve issues throughout the European Union. It was very interesting to hear what the young people of Europe had to say. This experience also gave the learners a better understanding of what Brexit is exactly. After a long day all went for something to eat.  They had another long day on Friday travelling home.

Firstly, I want to thank John Frost for all his efforts in coordinating the Michael Sweetman Award from Youthreach Subla Centre, Thanks John. Both our learners enjoyed the whole experience and spoke in glowing terms of it in our centre. To see the pictures of them in the European Parliament is both rewarding and encouraging for everyone. This has definitely been a “bright spot” in Subla Youthreach and one which will benefit the learners in terms of experience, confidence and self-worth. 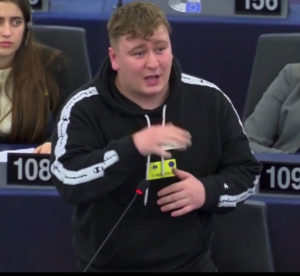 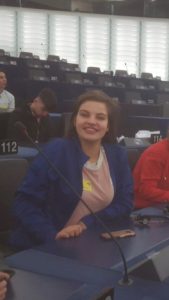